There are significant differences between moulds for thermoset rubber and for plastics which the designer should take into consideration.

Thermosetting materials are cured by heating to around 150°C. Much of this heat is gained from the hot tool walls. As rubbers are good insulators, heat transfer can be slow where the part has thick sections.

Unlike thermoplastics, the flash, feed gates, runners and sprues of thermoset rubbers are cured irreversibly and are not reusable in any way. Flash is characteristic of normal rubber moulding, as rubbers do not “freeze” as plastics do when flowing into very thin sections and will run into gaps as small as 0.002mm.

Designers should not specify the number of cavities in a tool as economic production depends on a number of factors, including:

There is often a variety of possible ways to mould a component. For example, a cylinder can be moulded with the tool split line parallel to or at right angles to the axis. This decision affects the number of cavities possible and the appearance and price of the finished part. It will often depend upon the amount of visible flash allowable at the tool split line. The final choice will be governed by the function of the part, the appearance required, the economics of tool area and tolerances.

Most production tooling for rubber parts is made of mild steel. A few compounds give off halogens as they cure which, in the long term, can corrode the mould surfaces but otherwise rubbers are not aggressive materials. When injected, they flow reluctantly and require large gates and feeds compared to plastics, so abrasive wear is minimal.

Tool design is best discussed with the rubber manufacturer at an early stage.

"Mr Mohammed Al Duaigy" of (Kuwait National Petroleum Company) : We tried several diaphragms from renown worldwide Rubber manufacturing companies. We found Mech Spares technical know how and product to be of great durability and lasted 3 times more then anticipated. They have accurate understanding of there products.

"McCafferty BM Design Ltd, KENT United Kingdom" - Most of the O rings manufacturing company suggested to use larger diameter and expensive elastomers. We learnt with Mech Spares that elastomer being weaker compare to metal and alloys and needs appropriate back up for high pressure or high vacuum applications. Further not necessary the most expensive elastomer is the best for all applications. We trust Mr Nilesh chodhari completely for all our O rings designing applications.

"Dr. A. Singh" of BARC: The electric Insulation mat manufactured by MECH SPARES as per IS 15624 tested at ERTL and found to withstand 40 Kv and still didn't tear. We have been using since 5 years and still didn't generate any fatigue. They arranged bulk delivery in short period.

"Tata Steel" - One of our old machines started making loud noise and disturbed the entire village. We were compelled to stop the machines which lead to huge production loss. With the help of Mech Spares designed bellows in two part we could retain the lubrication and eliminate the noise. 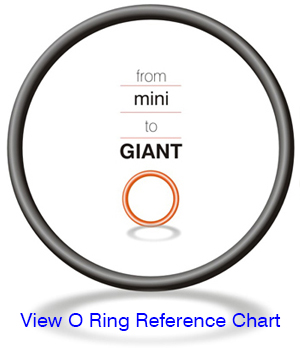